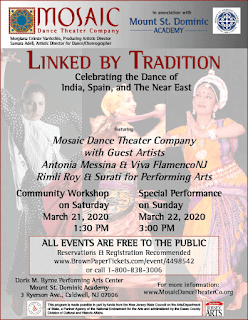 March 20, 21, and 22, 2020 are the days for a very special event, Linked by Tradition. MDTC in association with Mount St. Dominic Academy in Caldwell, NJ presents a 3-day celebration of the dance of India, Spain, and the Middle East. This exciting weekend begins with a series of Master Classes in Middle Eastern, Flamenco, and Indian dance for Essex County (NJ) high school dancers. On Saturday, we invite the community to join us for mini-classes in these three dance forms. The project culminates on Sunday with a special performance at the Doris M. Byrne Performing Arts Center.

Joining the dancers of the award-winning Mosaic Company are Guest Artists: Antonia Messina and VivaFlamencoNJ, and Rimli Roy and Surati for Performing Arts.

We are delighted to share the stage with these illustrious artists, and now introduce them to you, 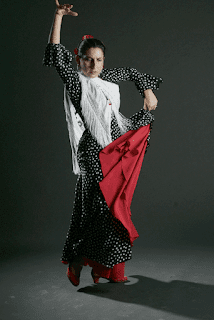 Antonia Messina began dancing flamenco in Italy with Ester Moreno in the mid-1980’s.  Upon moving to Boston to attend law school, she joined the Ramon De Los Reyes Spanish Dance Theater and toured with them for four years.  She has performed internationally and now teaches and performs in the Tri-state area.  She began her own company, VivaFlamencoNJ, in the 2000’s and has directed productions which include flamenco artists from all over the world as well as artists from other genres, such as Middle Eastern and music and East Indian dance and music.  She often performs with her husband, Marc, who accompanies her on sax, flute and cajon. 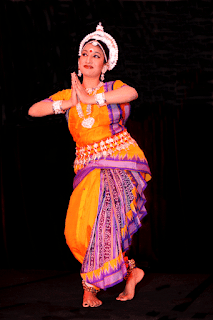 Rimli Roy began her first formal lessons in Indian Classical dance at the age of four. Other than Indian classical dance forms, Rimli also experiments with folk dances and dance forms of Tagore music, as well as a fusion of the several genres of Indian Classical dance, creative dance and improvisation, venturing outside the conservative domain of set classical dance forms. She has choreographed for major stage and TV programs. She founded Surati, a performing arts academy based in New Jersey, in 2002. Surati’s mission is to promote Indian art and culture, educate and enrich the community primarily through dance,music, theatre, arts and crafts. Surati has performed at prestigious venues such as the United Nations, Lincoln Center, The Kennedy Center, The Library of Congress. As director and instructor, Rimli teaches Bharatnatyam, Odissi, Manipuri, folk, contemporary and other creative dance forms.

This is a weekend of dance you won't want to miss! Register your place for the Saturday workshop and reserve your tickets for the Sunday performance now, at https://www.brownpapertickets.com/event/4498542