An interview with Gary Heller,

A live dance performance moves through air and vanishes in a breath.  Blink, and you can be sure to miss something.  But when a photographer captures one of those moments -- the suspension of the energy, focus, heartbeat, and passion -- the result is breathtaking.  Gary Heller is one of those photographers.  Exquisitely photographing MDTC's main stage concerts since 2008, Gary has provided the "face" of MDTC with his award-winning images.
You can find Gary's galleries at: https://www.garyhellerphotography.com/
(All photos below by Gary Heller -- of course!)

How did you become involved in photography? 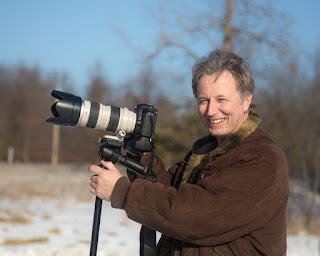 It was sometime in 2000 or 2001 that a friend of the family gave me some camera gear belonging to her late husband.  It was a Canon AE1 35mm film camera with some lenses and various accessories.  I had a mild interest in photography after dabbling on and off through the years with painting, and realizing that painting didn't come easily to me.  I had a cheap point-and-shoot digital camera that I played around with, and enjoyed catching scenes that interested me and composing them in ways that I thought were even more interesting.  I felt photography was something that I enjoyed. 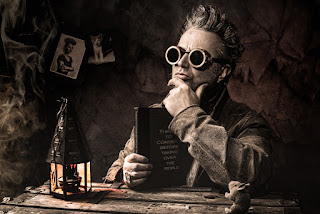 Having the good quality camera given to me really lit the fire to my interest in it.  I soon upgraded to a more modern film camera and lenses, and would scan my negatives into hi-res digital files, which allowed me to then edit and catalogue my work on the computer.  Eventually, sometime in 2007 I purchased a full frame DSLR.
(Two distinctly different self portraits of Gary Heller.)


What drew you to dance photography?


When Nina Brewton and I met in 2005, she was performing with Mosaic Dance Theater Company.  She asked me if I would consider shooting the performances for the Company.  I had never thought about photographing anything other than the old barns, abandoned things and places and other various subjects of kind, so it sort of took me by surprise actually. I decided to give it a go.  I found it to be quite challenging, but at the same time it can be very rewarding when you look through the shots afterward and see the images that came out well.

Can you note any differences working with dance vs. other types of moving photography?

Shooting for MDTC makes up most of my experience when it comes to action/moving subjects.  I've assisted in a few weddings and some event photography, but it's nothing like dance.  What I can say is shooting dance performances in a theater would be just about as difficult and challenging as it gets, due to the low light conditions and the number of dancers constantly moving quickly about the stage.  Trying to catch a moment when all the subjects are in place and everything comes together can be daunting.

Is there any piece in Mosaic's repertory that has particular meaning for you, and why? 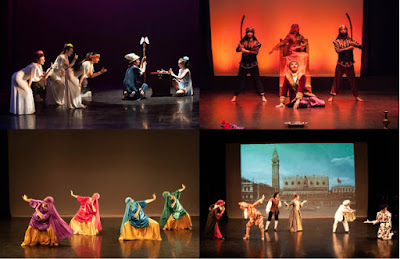 That's a tough one.  MDTC's repertory is quite vast, and there is so much that I like. I'll have to name at least three that come to mind right away.  Pandora's Box (The Paradise of Children), Ubar, the Lost City of Brass, and Fo(u)r Women.  I just simply feel they are great productions of exceptional stories.  They really shine for me.  I also have to mention the commedia dell'arte (La Lettera d'Isabella)!  That adds to my challenge of photographing the performance, as I often wind up trying not to move while shooting and laughing out loud. (Gary's faves shown clockwise from upper right.)

What are the challenges for you of working in dance and theatrical photography?

Well, the challenges really are the lighting, number of fast moving subjects on stage at any given time, and catching the right moment while it's all happening very quickly.
The camera gear has to be up to the task of being able to expose in a low light situation with enough shutter speed to freeze the action while maintaining adequate sharpness.  The camera also has to be able to focus quickly and accurately in low light.  Today's high-end DSLRs are mostly capable of all of this, and using fast glass (lenses) helps as well.  The challenge then becomes mine in setting up the camera for the task, trying to anticipate when to fire off a burst of shots in the hopes that one will have the right moment, exposure and sharpness.  It later goes into a workflow of sorting through the hundreds of images captured, and weeding out the poor shots from the good ones.  Then going through the good captures and tweaking exposure, cropping as needed, and preparing them to hand off to the Company.  The challenges are rewarding though, and I enjoy it very much.


How has your time with Mosaic changed or enhanced your experience in photography?

Simply, my experience shooting the MDTC performances has forced me to learn a lot more about my gear that I would have if I just continued shooting barns and landscapes.  It has also required me to hone my skills so I can take full advantage of the capabilities of the gear I work with.  That has helped me in other areas of photography as well, and so I'd say I'm all the better for it.

I'm looking forward to the next performance.

Posted by Mosaic DTC News at 8:31 PM No comments: