Mosaic Nominated for 2013 Sunshine Award for the Performing Arts

Mosaic Dance Theater Company is among the five nominees to be honored at the New York City milestone event and will perform Raks al-Sai'id, a dance of Upper Egypt, at the awards ceremony. 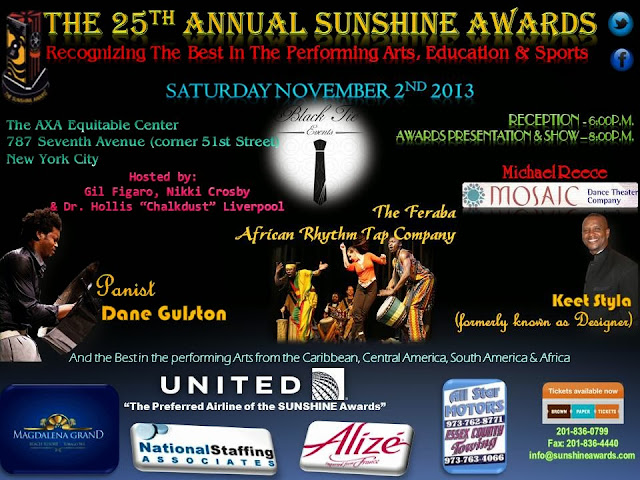 The milestone, black tie event will be staged at the AXA Equitable Center, 787 Seventh Avenue (corner of 51st Street) in New York City. The program will begin with a cocktail reception at 6:00pm followed by the presentation of awards and live performances at 8:00pm. The 25th Annual SUNSHINE Awards Program in New York City is sponsored in part by United Airlines “the preferred airline of the SUNSHINE Awards”, the Magdalena Grand Beach Resort of Tobago, National Staffing Associates and All Star Motors/Essex County Touring.

Tickets can be obtained online at sunshineawards.com or by calling 201-836-0799.

Posted by Mosaic DTC News at 7:34 PM No comments: