Mosaic Dance Theater Company (MDTC) opened its 2012-2013 season with Folklore and Fantasy, a concert of dance, music, and myth from the Near East.  This sold-out performance was presented by the WAE (Wellness, Arts, Enrichment) Center of West Orange, NJ at the critically acclaimed Luna Stage, also of West Orange, in a unique collaboration to make the public aware of this exciting program.
The Paradise of Children, the ageless tale of Pandora’s box, newest in the line-up of the Company’s signature dance/story-theater works, premiered as the show opener.  American literary giant Nathaniel Hawthorne penned this particular retelling of the myth, which was adapted and directed by Morgiana Celeste Varricchio, MDTC’s Producing Artistic Director, who also narrated the tale in the persona of the god “Quicksilver” (aka Hermes or Mercury, but better known as the FTD Florist logo). 15-year-old Guest Artist Syrena Nikole Hanna captivated the audience with her portrayal of the curious “Pandora.” Dancing the dual roles of “Goddesses” and “Troubles,” alternately teasing and tormenting poor Pandora, were Mosaic dancers Nina Brewton, Kendra Dushac, and Mary Susan Sinclair-Kuenning, joined by Guest Artist Erin Pellecchia. Samara, MDTC’s Artistic Director for Dance, choreographed the piece, and completed the cast playing the beneficent character of “Hope.”  JSDD’s WAE Center supplied simultaneous sign language interpretation through the talented Kat Katona.


The Paradise of Children, the ageless tale of Pandora’s box, newest in the line-up of the Company’s signature dance/story-theater works, premiered as the show opener.  American literary giant Nathaniel Hawthorne penned this particular retelling of the myth, which was adapted and directed by Morgiana Celeste Varricchio, MDTC’s Producing Artistic Director, who also narrated the tale in the persona of the god “Quicksilver” (aka Hermes or Mercury, but better known as the FTD Florist logo). 15-year-old Guest Artist Syrena Nikole Hanna captivated the audience with her portrayal of the curious “Pandora.” Dancing the dual roles of “Goddesses” and “Troubles,” alternately teasing and tormenting poor Pandora, were Mosaic dancers Nina Brewton, Kendra Dushac, and Mary Susan Sinclair-Kuenning, joined by Guest Artist Erin Pellecchia. Samara, MDTC’s Artistic Director for Dance, choreographed the piece, and completed the cast playing the beneficent character of “Hope.”  JSDD’s WAE Center supplied simultaneous sign language interpretation through the talented Kat Katona.
Also choreographed by Samara, and the second of MDTC’s premieres, was Dance of The Awalim, reminiscent of the entertainers of the famous Mohammed Ali Street in Cairo, Egypt. Favorites from MDTC’s diverse repertory that were included in the program: a Lebanese dabke, shikhatt dance from Morocco, a Turkish karsilama, and an oriental fantasy. Completing the program was a trio of musical virtuosi, Maurice Chedid, Gamal Shafik, and Elias Sarkar, who accompanied the dances, and performed a special selection of music and songs in Arabic from Egypt and Lebanon and in Hebrew from Israel and Yemen.  The audience loved every note.
About the collaboration… The WAE Center, under the leadership of Marilyn Schneider its Founding Director, is an alternative learning center under the auspices of the Jewish Services for the Developmentally Disabled (JSDD). JSDD’s WAE Center helps individuals with disabilities find the spark within by providing an environment for participants to learn, create, express themselves, and foster meaningful relationships. For eight weeks during this past summer of 2012, Morgiana and Samara worked with the staff at the WAE Center, teaching a short choreography to a group of WAE Center members.  The WAE Dancers performed the “Egyptian Baladi Dance,” a new experience for them, as a special part of the concert. The program ended with a lively Q&A session between dancers, musicians and audience. The backstage and technical operations were ably handled by stage manager Bob Greenwald, assistant Adriana Rosa, videographer Jen Bocian, and Liz Cesario, Luna’s Production Manager.  Photographer Mansa Mussa (himself a dancer) captured these images. (See more images in the special Folklore & Fantasy slide show http://xomi.pair.com/bobchr/mosaic2/FolkloreFantasy/)  This program was made possible in part by funds from the New Jersey State Council on the Arts/Department of State, a Partner Agency of the National Endowment for the Arts and administered by the Essex County Division of Cultural and Historic Affairs.
Posted by Mosaic DTC News at 1:14 PM No comments: 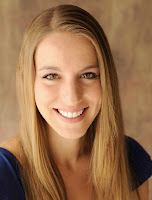 I cannot remember a time when I was not a dancer.  Even before the rigorous study of different techniques began, I never wanted to stop moving.  If there was a beat, then I was dancing to it.  How fortunate for me, then, that my mother recognized this need for movement and headed straight for the dance studio.  I began at five years old, and over twenty years later I’m still moving.
Although I have studied classical technique extensively, it is not my roots.  Where my love for dance began, contrary to many of my peers, was not in ballet but in folk dance.  Scottish Highland dance to be exact — an athletic and competitive form of dance from Scotland full of leaps and jumps.  There is great precision required along with great strength, as many of the steps use complicated foot placements and intricate rhythms.  Unlike Irish step dancing, Scottish is turned out, and the arms are carried high over the head in positions that originated from ballet.  There is little margin for creativity in the steps; rather one is judged on technical proficiency and “line.” (Much like ballet or modern dance, the dancer strives for an aesthetically elongated line of the body, legs and arms.)  I spent fifteen years training, competing and performing all over the United States, Canada and Scotland.  This was the foundation that I built for the rest of my life through dance.  Dance defined me as a person and would continue to be my voice in the world.
In college I studied both theater and dance for my B.A., discovering a whole new medium of expression and movement through modern dance.  Unlike Scottish, modern required much more movement of the torso and a more three-dimensional movement plane.  I had to adjust to new concepts of what dance was.  Soon I discovered the technique of José Limon through the legendary dancer and my mentor, Clay Taliaferro.  The artistic voice of Limon spoke to me through his movement.  The dancers seemed at once to fly and then fall back to earth, bound by their earthly bodies.  The dance was ethereal and yet, so very human.  I moved to New York and began to study with the José Limon School, training extensively in the technique and performing several of his works.  After the program was complete, I took to auditioning for various companies and shows.  One audition notice which caught my attention was for the Mosaic Dance Theater Company, requesting Middle Eastern dancers or dancers who were based in folk dance.  I decided to attend the audition, even though I had never taken a Middle Eastern class before.
After the audition, as I began to study with the Company and learn this style of dance that was so different to me, I was enthralled with the array of colors and sounds, the jingling of the coined hip scarves, and the beautiful line of the veils.  But as a mover, I was interested in the earthiness of the dance.  Although I was comfortable with many of the more classical turns and positions, I was challenged by how grounded the steps were, and how there is both a sense of ease and intricacy in the hip movements.  At first my body felt confused; my hips never wanted to go the way they were supposed to; the veil got wrapped around my head, and I wondered how anyone could see where they were going.  But after months of patience and hard work, this dance has become another voice for me — one of feminine strength and ancient cultures, of beautifully intricate music and of the body as an instrument.
Dance transcends language barriers, continents and even time.  The more I dance, the more I realize that it has always been a profoundly human expression in the world, one that connects our spiritual selves to our physical bodies.  It is an honor to add my voice.
Posted by Mosaic DTC News at 12:35 PM No comments:

Young Audiences of New Jersey and Eastern PA (YANJ/PA) has long been a leader in the national YA network of arts-in-education presenters. Their expertise has been well used in the development of new criteria for YA core services to be child centered, outcome driven and measurably effective. To bring all YA programs in line with this teacher-friendly approach, YANJ has been sponsoring artist training.  MDTC’s Producing Artistic Director Morgiana Celeste Varricchio attended a recent workshop on November 18, 2012 at YANJ’s Princeton facility, and gave it an enthusiastic thumbs-up review. Under this initiative, all YA programs across the country will allow students to experience, understand, create, and connect  (the Four Essential Elements) the arts to their lives and other learning. The template, which YA artists are required to complete, allows the artists to deconstruct their programs to make sure that these elements are clearly defined. The 14 workshop participants, from varying disciplines of dance, theater, and visual arts, spent the morning learning about the Core services and began working on their own templates in the afternoon. The atmosphere in the conference room positively crackled with the sparks shooting off from all that creative thinking. Arts-in-education programs play an invaluable role in a child’s learning path.  MDTC has always realized this to be the way toward understanding and accepting cultural differences, and is proud to be a member of YANJ/PA’s family of artists.  For more information visit the website at http://www.yanj-yaep.org/.

Posted by Mosaic DTC News at 12:30 PM No comments:

Pairing Middle Eastern dance and flamenco is a natural fit, given the gypsy influence in both dance styles, not to mention the fact that Moorish rule held sway in the southern part of Spain (Al-Andalus) for about six hundred years. But North Africa was not the only part of the continent to claim kinship to the dances of Spain. West Africa, through the slave trade to the New World, manifested its traditions in the Hispanic diaspora’s Afro-Caribbean and Brazilian styles.  And that was the theme of Sol y Sombra’s (a Long Island-based flamenco company) Out of Africa concert presented on October 21, 2012 at Suffolk County College’s Van Nostrand Theatre in Brentwood Long Island. The Mosaic Company was Special Guest Artist, representing the North African contingent, and performed a selection of dances from Tunisia, Morocco, and Egypt.  Anecdotally, since it really is such a small world after all, there were many familiar flamenco faces backstage – a reminder of the happy memories of the much-missed Fazil’s dance studios, the home of many Middle Eastern and flamenco dancers, teachers and students.
Posted by Mosaic DTC News at 12:23 PM No comments: